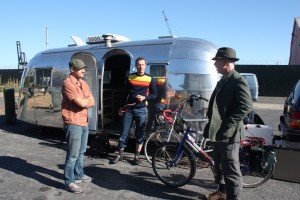 In 2010, I spent six months traveling the United States in a mobile research lab, visiting over fifty libraries, museums, and archives investigating what is being lost as these institutions transition into collecting and storing digital artifacts. Out of this research I created three new artworks (Botanical Loss, Modern Methods of Book Composition, and Reimagining Wild Bill) and wrote a paper Loss, Meaning, and Melancholy in the Digital Age.

I found during this investigation that by asking questions that are antithetical to the general assumptions about digital technology, I could better understand what changes were really occurring within the space. For example, instead of assuming that the adoption of digital technology in archives was making it easier to save information, I based my research on the idea that something must be lost in the process.