Escapism explores the spaces between worlds. It asks us, as viewers, to place ourselves somewhere between the analogue and the digital, between the physical and the virtual, challenging us to consider the ways in which these seemingly disparate worlds interact and overlap. 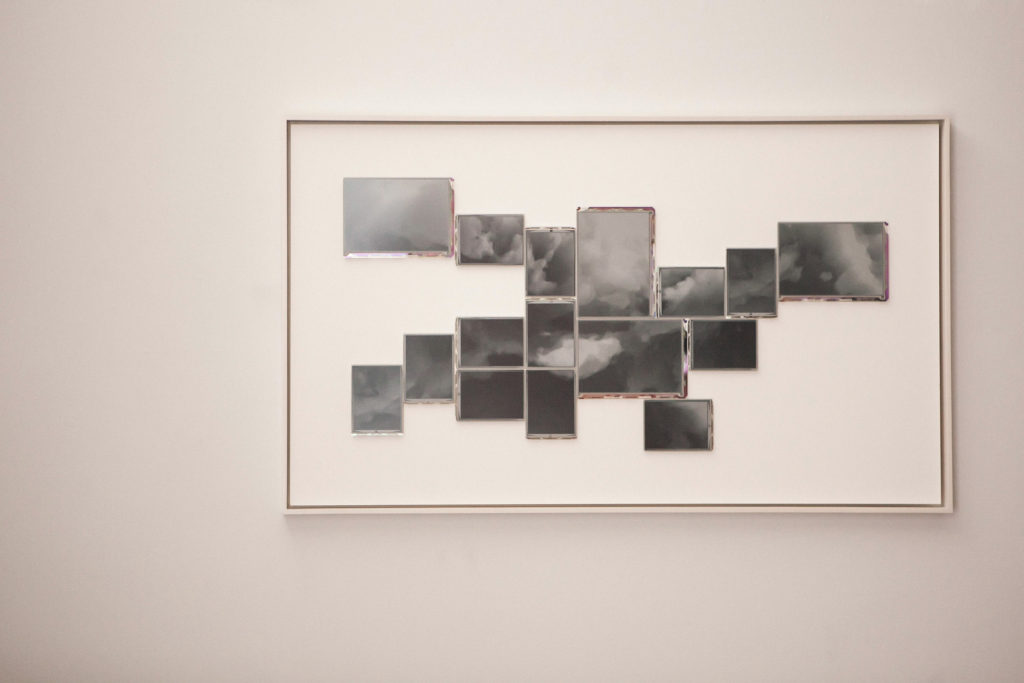 As active participants in a booming technological society, we are constantly glued to screens. But the visual images we see on them are fleeting, transient, and often difficult to retain. ePaper screens, developed to imitate paper, display information that is generated through reflection rather than projection from the screen itself, allowing for a longer meditation on the content appearing on the screen, notably the text of books. The works presented here use ePaper technology to capture fleeting digital images and lock them into a physical form, freezing them in time. These are digital images in their native state, with no mode of translation — no print out — and yet they have materiality.

The technology has been stripped down to its very core, to the point of losing its utility. The ability to change the images has been removed, leaving just raw screens with components exposed and the images embedded within them. The imagery on the screens implies a liminality, an enigmatic edge between physical reality and virtual reality by approximating landscapes, seascapes, and skyscapes. Mountains, oceans, and clouds, are the primary scenes, but they have been created using the standard 3D programs used for movies, advertising, and animation, but in ways the programs were never intended to operate. Although the images are experienced by the viewer in two dimensions, the digital information used to virtually create them is actually three dimensional, employing coordinates on x,y, and z planes.